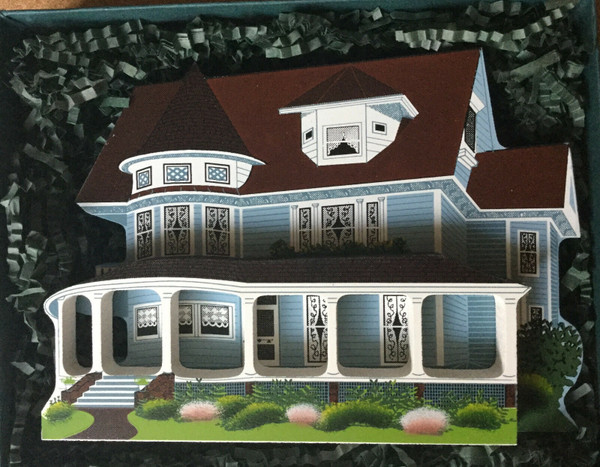 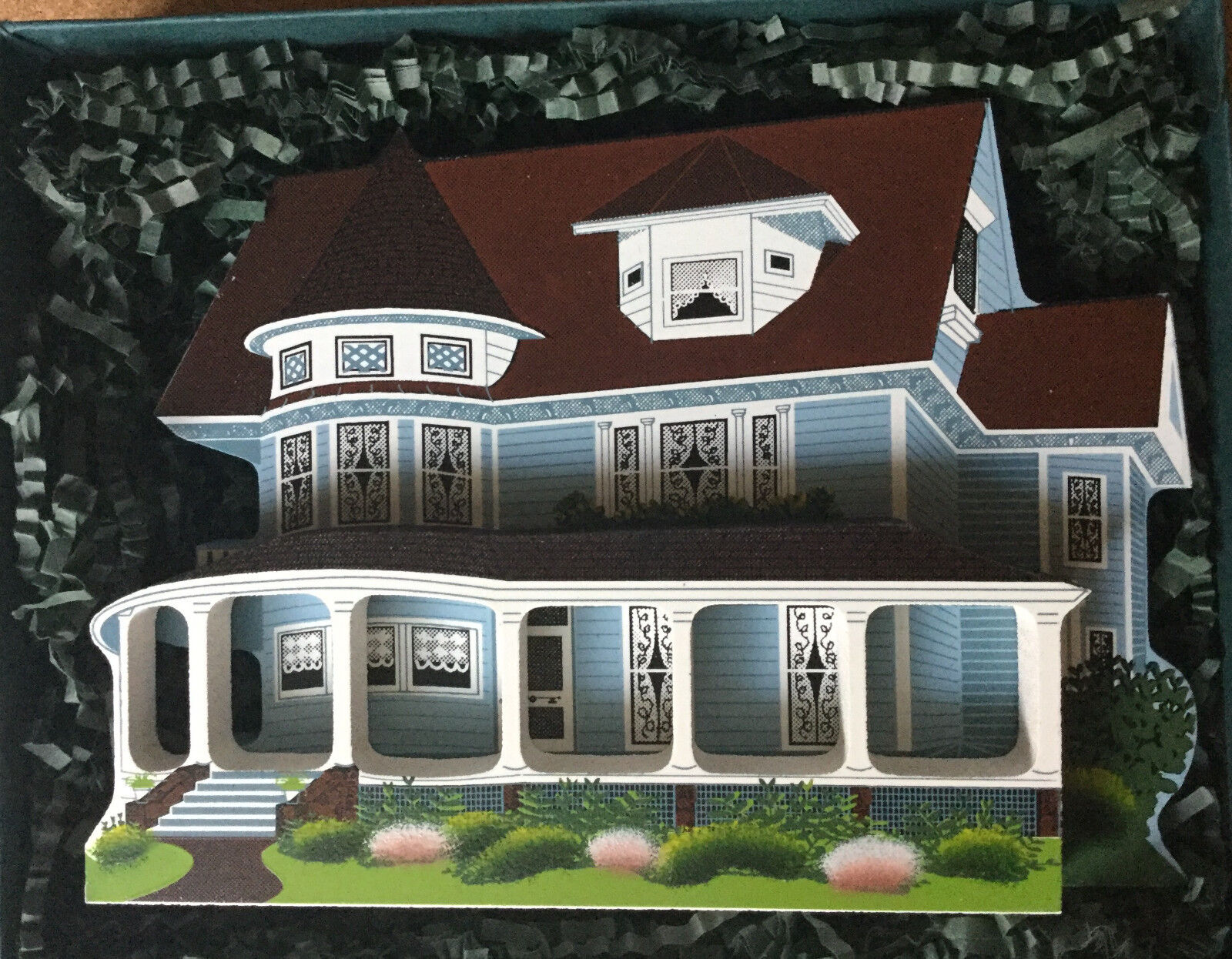 The town of Bramwell is nestled in the Appalachian Mountains of West Virginia and was settled in the early 19th century by wealthy coal mine owners.
Boasting as the home of fourteen millionaires, Bramwell was once considered the wealthiest town per capita in the United States.
The "Goodwill House" is a fine example of the lavish architectural tastes associated with
the wealth and prominence of its citizens. Built in 1895 and later remodeled by Philip Goodwill in 1905,
the "Goodwill House" features a ballroom on the third floor for entertaining.
Shelia's collectibles feature hand painted details on two pieces of pressed wood cut to give a two-dimensional unique look.
Shelia's architectural miniatures are accurate in every detail.  They replicate America's most admired homes and landmark properties.
All Shelia's collectibles are made in Charleston, SC. a great addition to your collection or a cherished gift.
This series includes several pieces, all are in stock ready to ship.

BEFORE Buying Please contact me for shipping cost! (it differs from the cost shown on the listing

This product hasn't received any reviews yet. Be the first to review this product!